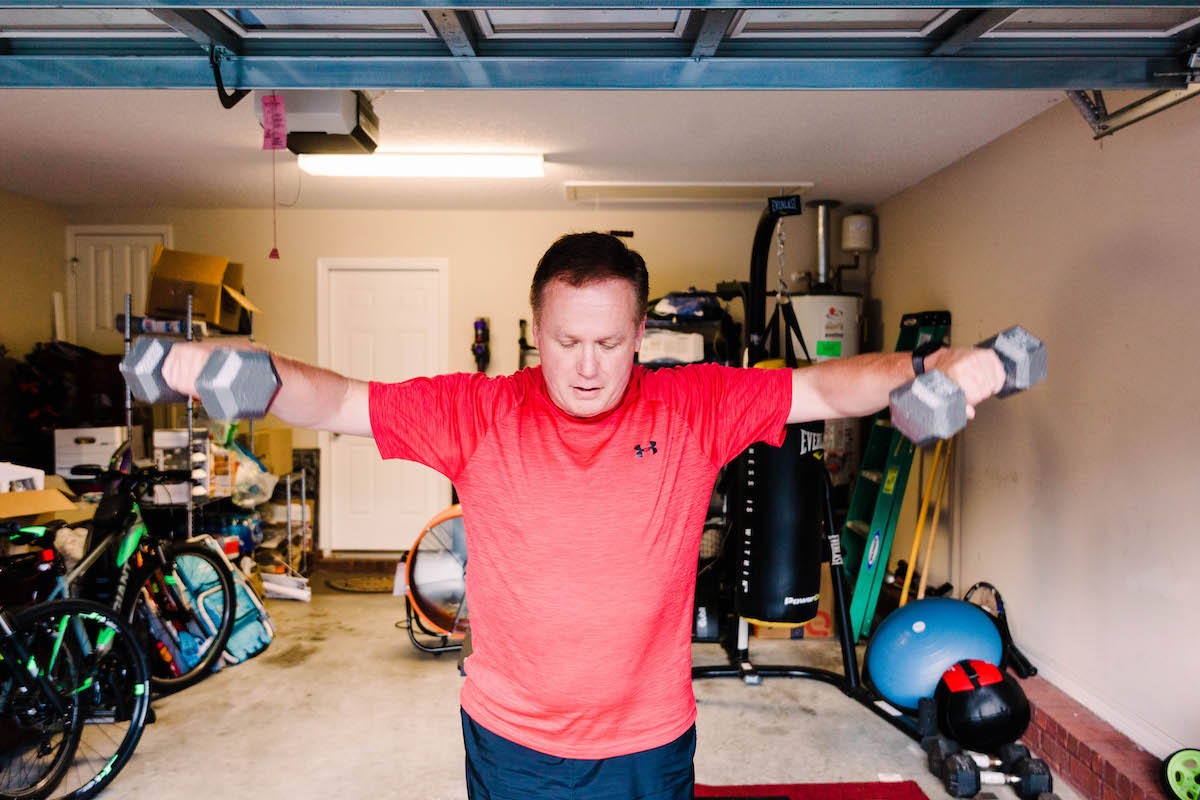 My name is Chris Burch and I’ve been a BGF client for two years. My quarantine journey began in late March 2020 when I transitioned to working from home. Initially, it was fantastic as nothing was really affected by COVID-19 and no restrictions were set in place in the Mobile area. I could still go out to eat, go to the gym,  etc. and I wasn’t having to sit in an office all day. All that changed in a matter of a few weeks. I found myself confined to the house, making only the occasional trip to the grocery store to get supplies. During this time, I realized that I would rather be going and doing, rather than staying cooped up in a house. My job requires 10-12 hours of mentally engaged activity, so coming home from work used to be a refuge. But when my house became my workplace, there was no proper distinction between the two, which led me to a different path with my fitness journey. 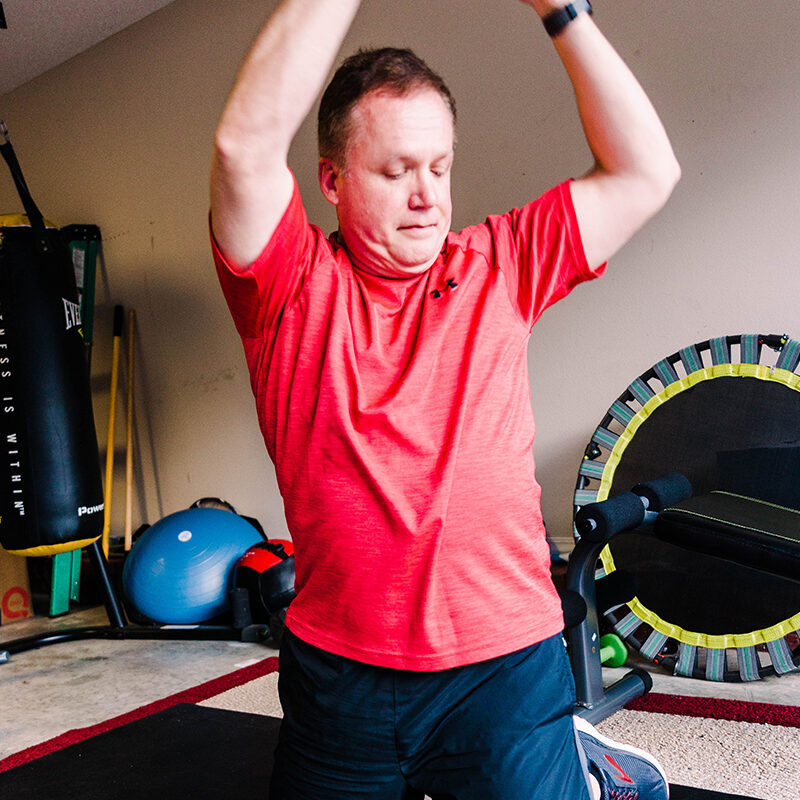 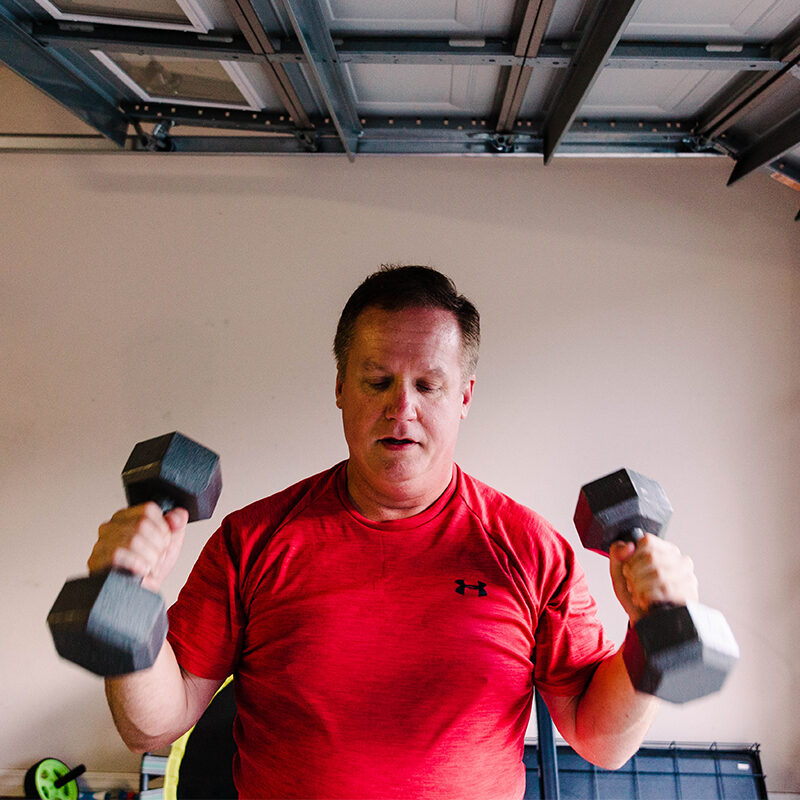 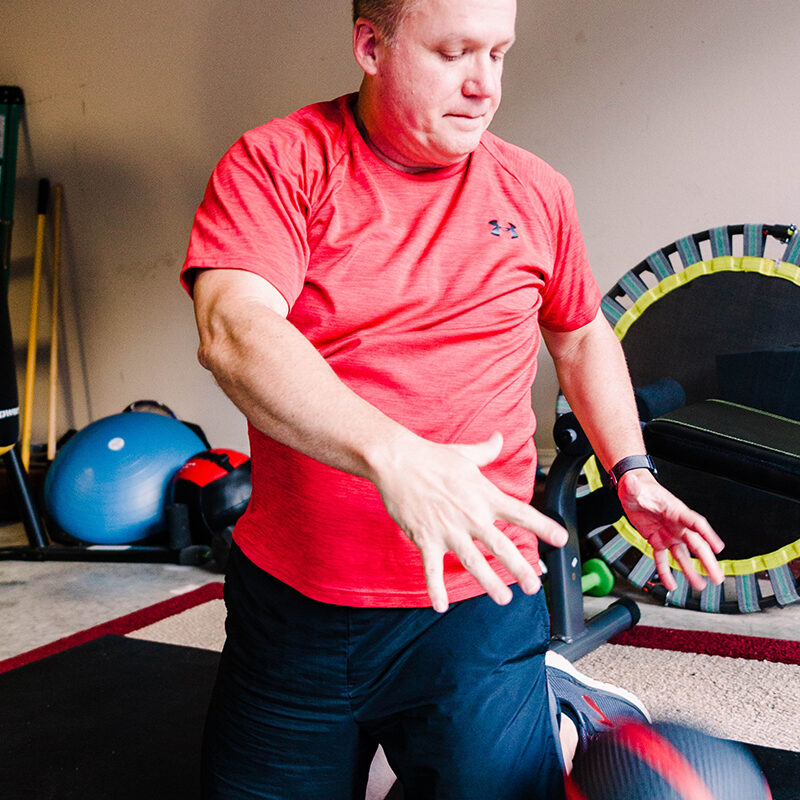 As a backstory, I started with BGF in the Spring of 2018 after I was diagnosed with high blood pressure. I went through multiple tests on my heart to determine there were no underlying conditions causing this. My heart was found to be in great condition and the root of my blood pressure issue was sleep apnea. I started using a C-PAP machine to sleep, and over the next few weeks began to feel more energetic. I continued my workouts at BGF for the rest of the year, but to be honest, it was half-hearted. At the end of the year, I accepted the fact that I was not putting my all into it and wasn’t seeing much change in my weight and overall fitness. In early 2019, I sat down with Braxton who, over the course of the past 2 years, had become a very close friend, and we decided to change the direction of my training. I became more focused and workouts became more intense. Fast forward to the end of 2019, I was down almost 70 lbs and in the best shape of my life.

2020 began and I was still focused on continuing my fitness journey to see where it would take me. Then the COVID-19 pandemic began and I had to find ways to replace things I took for granted. Instead of becoming dormant within the four walls of my house, I began to utilize what I already had. I purchased a Peloton spin bike in late 2018 but to be honest did not use it much. When the pandemic hit, I began doing at least a 30-minute ride over my lunch break at least 3-4 times a week. I found as time went by, I was setting personal records and my overall cardio conditioning improved rapidly. My girlfriend gave me a weighted punching bag and stand for Christmas several years ago, but as with most exercise equipment purchased for home use, it sat in the garage unused. So, after my ride on the Peloton, I incorporated 3 to 4 rounds with the bag as well as some ab and upper bodywork with free weights I had laying around. Over the next few weeks, I noticed my body looked leaner and was down about 10 lbs. This sparked a new drive in me, and I focused on being a better person both mentally and physically at the end of the lockdown than I was going into it.

I also started walking our neighborhood in the evenings. 5 laps around the circle is roughly 3 miles. I was doing this 5-6 times a week. When I first began walking it was just to get out of the house but now it’s a necessity because it’s almost nostalgic in a way. When I was a kid growing up, I played outside with my siblings and neighborhood kids almost all day. This part of the lockdown reminded me of that and brought back good memories. I met neighbors that I have never met before, as well as saw families enjoying time together. This part of my routine actually became one of my favorites because it held something new but also reminded me of something I felt was lost. 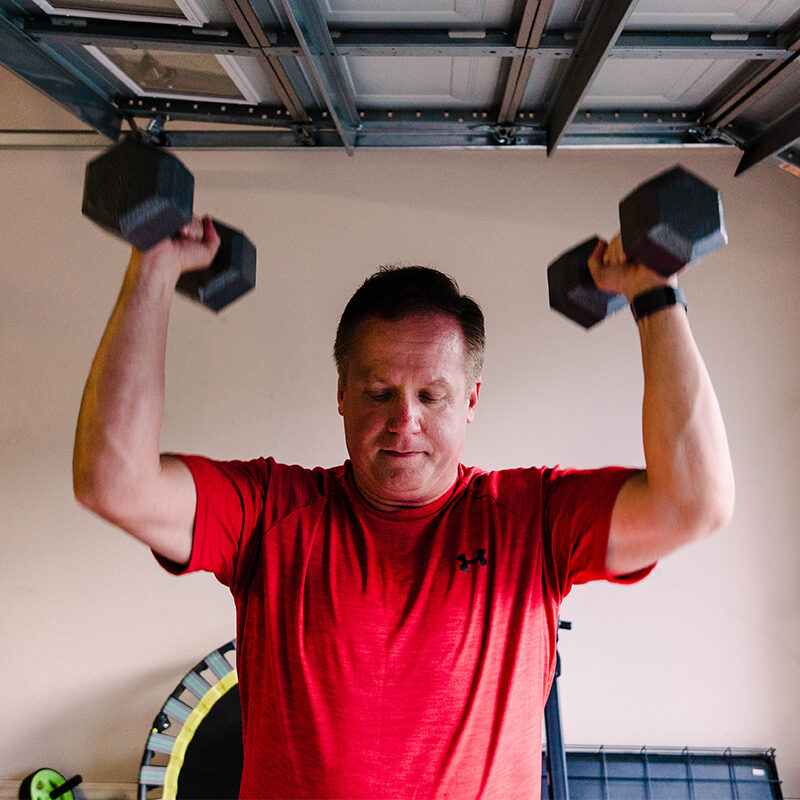 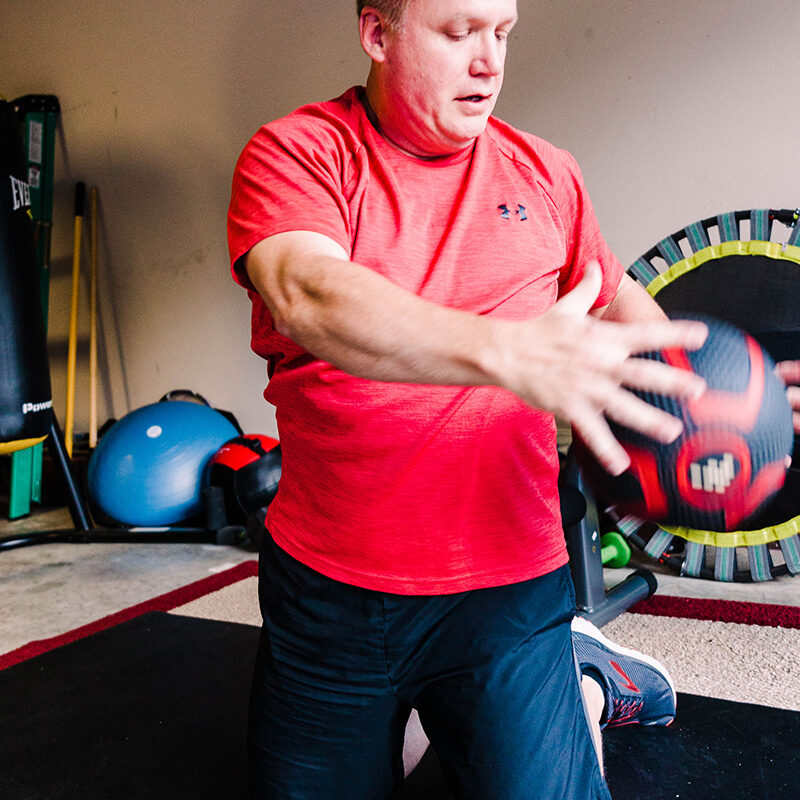 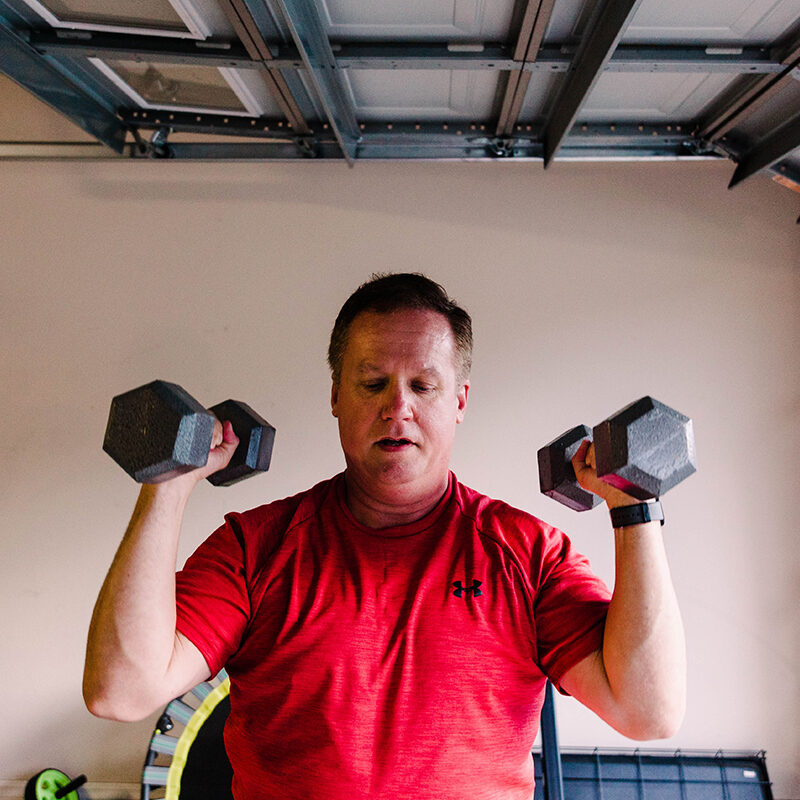 In addition to this, I was doing the Zoom workouts 3 times a week with BGF. THESE WORKOUTS WERE KILLER! Although I was limited to the equipment I had in the garage, Braxton found ways to incorporate more bodyweight exercises into the workout, and at the end of 30 minutes, I was exhausted but could not have felt better. I turned 51 in April, during the middle of the lockdown. It was then that I really realized age is just a number and you shouldn’t limit yourself because you feel your body can’t handle something.  Our bodies will tell us if we can’t handle something, so just keep pushing through and you will get there. I’ve also learned to face each challenge with a positive outlook and I’m determined to find the good in every situation. I owe a lot of this to my BGF family who continues to motivate and push me to new levels. There’s no other place that I would want to continue this journey with than with this group of goofy guys. They are truly people anyone would like to call brothers!

All in all, I’ve had to make some changes to my workouts since quarantine, but BGF has helped me learn how to make the best of it, and to them I am super grateful! I know I have the tools to conquer my goals, no matter the setting. I can’t stress enough how important a good community encouraging you in your fitness journey is. When we are hit with something that knocks us out of our routine it’s important to be a part of a group of people who can help us stay consistent. This gym has been exactly that for me and I hope everyone finds a community like the one I’ve been blessed with here.

Easy Workouts That Can Be Done During Your Lunch Break

Coming Back From the Holidays